Located at the center of the thriving Monterey Bay region (Monterey, Santa Cruz and San Benito Counties) just south of the San Francisco Bay Area, along the Monterey Bay National Marine Sanctuary on California’s Central Coast, the former Fort Ord is a dynamic world-class location  to live, learn, grow, engage and thrive. Since the 1994 base closure, the communities in and around the former Fort Ord have invested in a purposeful reuse process to create a place for world-class education, environmental conservation, and recreation, and most of all a place for people to live, work and thrive. This site connects you to the people, places, and institutions making that vision a reality. We invite you to take the time to explore and become inspired to experience the exciting region we call home.

The Monterey Bay Region, running from Davenport in the north, to Big Sur in the south, including the cities of Santa Cruz, Watsonville, Castroville, Marina, Seaside, Monterey, Pacific Grove, and Carmel-by-the-Sea along the Coast, and inland cities of Salinas, Gonzalez and King City, is a thriving center of agriculture, tourism, education, government, technology, and active living.

The former Fort Ord military base is located along the southeastern edge of the Monterey Bay, close to the geographic center of the region. Its geography links to vast agricultural fields of the Salinas Valley, with the bustling urban villages along the Cost and Monterey Peninsula. At the center of the reuse, is the growing California State University Monterey Bay (CSUMB) campus with a 7100 student population supported by close to 2000 professionals. 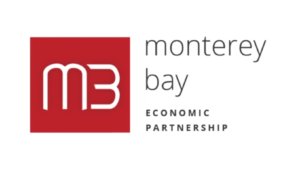 Monterey County is located on the Pacific coast of California. As of the 2010 census, the population was 415,057. The county seat and largest city is Salinas. The County borders the Monterey Bay National Marine Sanctuary, Santa Cruz County to the north, San Benito County to the East, and San Luis Obispo County to the South. Unincorporated lands on the former Fort Ord are within the jurisdiction of Monterey County.

Monterey County has a rich military history including the Presido of Monterey, Naval Post Graduate School, and former Fort Ord. The coastline, including Big Sur, State Route 1, and the 17 Mile Drive on the Monterey Peninsula, have made the county world-famous. The city of Monterey was the 1st capital of California under Spanish and Mexican rule. Regional economic drivers include tourism in the coastal regions and agriculture in the Salinas River valley.

The City of Del Rey Oaks was incorporated on September 3, 1953. Since then we’ve come a long way. We now have over 1,650 residents. Our most recent development was the Stone Creek Village Shopping Center located at the intersection of Canyon Del Rey Road and Highway 68. This center is host to many fine businesses such as Stone Creek Kitchen, Wells Fargo Bank, Starbucks, 7-11, Jack in the Box, Quizno’s Subs, Stone Creek Nails, UBreak IPhix! The UPS Store, Pet Specialists Emergency Clinic, Jamba Juice and Red Brick Pizza!  We also have the largest Safeway in the County.

Del Rey Oaks also has many natural habitats including The Frog Pond located along Canyon Del Rey Road, and Del Rey Park located at the end of Angelus Way.

Whether you want a place to relax on the beach, enjoy diverse cuisine, or want challenges and adventure, Marina offers opportunities for every type of visitor.

Once home to 25,000 soldiers of Fort Ord, Marina is home to the Fort Ord National Monument with 86 miles of trails to explore! There are also several major centers of learning, including the California State University Monterey Bay.

The US Bureau of Land Management has posted amazing pictures of Fort Ord National Monument online! View these pictures here.

Explore Marina on your bicycle using the Community Bike Map.

Monterey is a scenic California coastal city that rises from the pristine Monterey Bay to pine forested hillsides with sweeping bay views. The city’s natural beauty and historic sites make it a quality residential community and premier tourist destination.

A small, livable city that prides itself on being a clean and safe place to live, Monterey is known for its sense of community and hospitality. Monterey’s residents are culturally diverse, and the City’s designation as the “language capital of the world” reflects the language skills of its residents.

The City of Seaside is an ocean-side community that overlooks the beautiful Monterey Bay on the Central Coast of California, approximately 115 miles south of San Francisco.

Founded in 1887 and incorporated in 1954, this 10 square-mile city continues to grow while holding on to the rich values upon which it was established. Young families and retirees are drawn to the community, providing a healthy residential mix of people and solid sense of community.

Seaside’s convenient location gives residents and visitors an opportunity to experience all of the amenities that the Monterey Peninsula has to offer…from wine tasting to whale watching…and everything in between. Explore the breathtaking beauty and abundant sea life of the Monterey Bay